Emotion can be a significant component in a photograph, the medium captures humanity in all of it's raw and varied forms. I chose to express the commonality of our human experience through my "Pear Series" photographs, works on Polaroid.

This body of work allowed me to communicate particular feelings through the vehicle of the fruit. It's feminine form spoke to compassion and nurturing, while the violations present in the work represent the destructive nature of man, both the individual and the species. 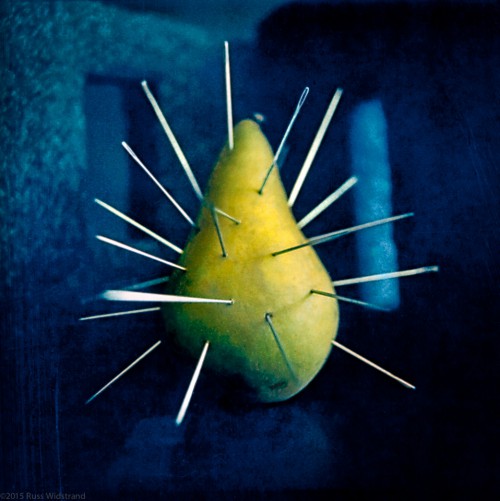 One pear is pierced by pins as a metaphor for the pain of the human experience. Shot on Polaroid film.

The piece at left, "Prickly Pear" represents the later. The concept came to me, as often was the case, in a quick vision after a long period of gestation. The execution of the image was nearly as quick. In this case, I abandoned notions of beauty and technique for the visceral and the emotional.

The background forms were found objects in my studio. I liked the idea of a contained space, however I also created windows, providing some relief - both literal and conceptual - for the otherwise confrontational nature of the image.

I choose color Polaroid film as my primary medium for these works. The degenerative look of the low resolution Polaroid suited my vision for the Pears; soft, textural and inviting, though again, in contrast to the sometimes conflicted and emotional direction of the series. 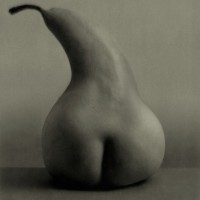 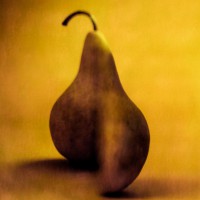 In some of the series I acquiesce to the notion of beauty, striving to make a pleasing or sensual  photograph while still addressing the concept or emotion. Such is the case with "Nude Pear" and "Split Pear #2", left and right respectively.

12 Responses to “The Pear Series”