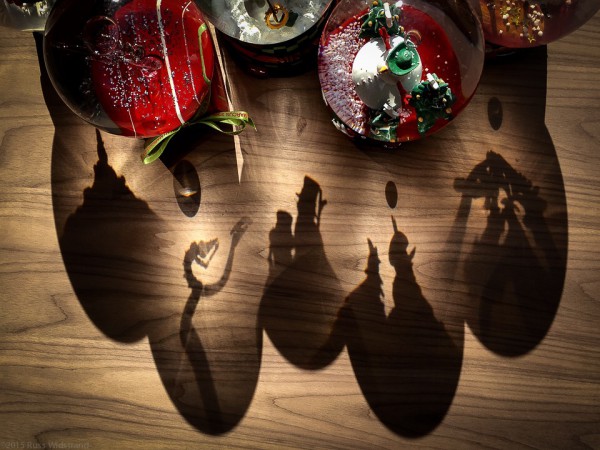 Taking the mundane and creating something extraordinary typifies my approach to photography.

While some might wish to shoot these Christmas snow globes as a subject unto themselves, I found that the shadows of the globes provided a fantasy narrative that I could not have conjured consciously and only through listening to what the subject had to say to me did it become became apparent where the story lay.

These shadows feel like a cross between Dickens and Mary Poppins – with a dash of Tim Burton – animated in characterization and illustrative in their application. I made numerous views of the set-up, some graphic in approach, others like this one rely on my preoccupation with the story in the shadows. The shot was executed on a sunny California winter’s day, the low angle of the sun raked through the globes, casting silhouetted shadows of the figures inside.

While we all wish for good cheer this holiday season, this image reveals the shadow side of these character’s darker form.